Two acclaimed western novelists, PAUL BISHOP and RICHARD PROSCH, have been running a podcast called SIX GUN JUSTICE for a while, where the co-hosts look at most things western: western history and fiction, TV, film, radio and books (including interviews with authors, publishers etc.) So far they’ve freewheeled through a wide range of topics from how icons like Buffalo Bill and Custer have been depicted on screen and in books, to TV western shows well-known and obscure (‘Rawhide’ ‘Lancer’) western-themed comics and memorabilia, western songs (‘Ghost Riders in the Sky’) to ‘shooting the breeze’ with authors both new and established, from JAMES REASONER to WAYNE D. DUNDEE. 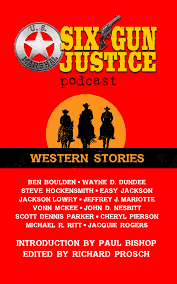 Simply on grounds of length, I’m not going to review every story in the anthology, so apologies to anyone left out. And MERRICK by BEN BOULDEN has already appeared as an independent novella, which I’ve given a four star review to (‘Razor-sharp western noir’) here on Amazon.co.uk: https://www.amazon.co.uk/Merrick-Ben-Boulden-ebook/dp/B075JN7Y21/ref=sr_1_15?dchild=1&qid=1635517158&refinements=p_27%3ABen+Boulden&s=books&sr=1-1
and Goodreads: https://www.goodreads.com/book/show/36226257-merrick

The stories in this excellent collection show an under-appreciated aspect of the western: the variety and diversity inside the genre. The book kicks off with:

This tells of a lawman bringing in a prisoner through the Colorado Mountains. The morality play underlying this not-what-it-seems tale, and Ritt’s effective, cinematic prose made me think of a ‘conventional’ 50s western movie, which is no criticism, as I’m a great admirer of the best 50s western movies. It brought to mind the lean economy of those tough outdoor adventures featuring Jimmy Stewart directed by Anthony Mann, or Randolph Scott directed by Bud Boetticher – which often centred on a journey of some kind. 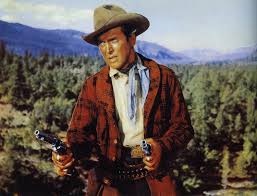 In contrast DULCIE’S REWARD by EASY JACKSON has a young woman as the central character, attempting to survive in a man’s world by organising a cattle drive in post-Civil War Texas. Jackson writes a pacy, first-person narrative in a very readable, colloquial style.

NIGHT HORSE by JOHN D. NESBITT, concerning doings on and around a small Wyoming ranch, has elements of murder mystery, and a back story of thieves falling out, told sparely and effectively. Unusual and interesting.

HIRED GUNS: MULE’S GOLD by STEVE HOCKENSMITH is a stark outdoors tale of prospectors searching the harsh Sonora desert for an abandoned gold mine. Meanwhile, they’re being stalked by hidden enemies. Again this features terse, cinematic prose, with some laconic humour. It reads like the gritty first chapter of a novel (or a series) which I would be very happy to read. 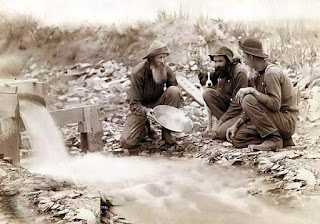 Prospectors in the Old West

HEADWATERS by VONN MCKEE is an interesting, expertly-written character study about professional gambler Lex Tucker. Fiddle-footed Lex is always looking for ‘one more river to cross.’ He sets out to find and make peace with his cruel, abusive father, and perhaps end his years of wanderlust.

My two favourite stories in the anthology are in marked contrast to each other, showing the wide range inside the genre.

HOLLIE JOLLY COURTSHIP by JACQUIE ROGERS is a beautifully-written western romance about Idaho farmer Jack Wade’s quest for a bride. A warm and funny tale that Jacquie found inspiration for in her own family history. 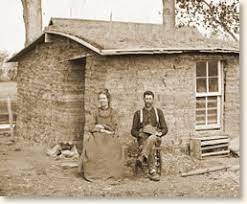 A farmer and wife in the Old West

THE FOX AND THE SNAKE by JEFFREY J. MARIOTTE tells of Fox Caldwell, an old widower living alone in the Arizona wilderness c. 1915, who was once an outlaw. But then the past comes calling: a daughter he hasn’t seen for years, and a posse serving an old warrant led by a lawman wanting personal revenge. Mariotte wastes not a word in this taut, superbly-written tale. Once more, the cinematic qualities of the writing brought movies to mind, perhaps a Sam Peckinpah-directed end-of-the-west elegy with a script by Elmore Leonard.

Overall, a diverse and surprising collection I can highly recommend.

I’ve done a four star review of SIX GUN JUSTICE PODCAST WESTERN STORIES (an edited-down version of this blog) for Goodreads and Amazon.co.uk, which you can find here: https://www.amazon.co.uk/Six-Gun-Justice-Western-Stories-ebook/dp/B09CMV5GMH/ref=sr_1_1?crid=1E1ICV8QNKABI&dchild=1&keywords=six+gun+justice+western+stories&qid=1635790037&sprefix=six+gun+justice+western+stories+%2Caps%2C71&sr=8-1 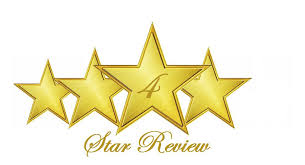 ‘The Six-Gun Justice podcast is simply the best western podcast going. Paul and Rich know their stuff, and the deep dives into the genre along with conversations with today’s top-of-the-line western professionals make the show a weekly must-listen.’ PETER BRANDVOLD, acclaimed, award-winning and best-selling western author.

Andrew McBride
I’m the author of 7 critically-acclaimed western novels. Historical figures such as Apache chief COCHISE (and BILLY THE KID and WYATT EARP in fictionalised form) feature. Reviews for COYOTE'S PEOPLE: 'An outstanding novel.' New York Times bestselling author LUCIA ROBSON. 'Wonderful' Spur award-winning, Pulitzer Prize-nominated author ROBERT VAUGHAN. Other reviewers: ‘gripping’ ‘a breath-taking… wrenchingly heart-breaking tale’ ‘terrific’ ‘western fiction at its best!’ Reviews for THE PEACEMAKER: RALPH COTTON (also a Pulitzer-prize nominated novelist): ‘this relatively new author has... claimed his place among the top Old West storytellers.’ ‘A great book’ – ROBERT VAUGHAN again. My 5 other westerns - CANYON OF THE DEAD, DEATH WEARS A STAR, DEATH SONG, THE ARIZONA KID, and SHADOW MAN have also won acclaim, being described as ‘superb’ and ‘quietly remarkable.’ ABOUT ME: I fell in love with westerns after watching western movies, particularly those starring John Wayne and/or directed by John Ford, TV shows like The High Chaparral and reading novels such as A.B. Guthrie’s The Big Sky, John Prebble’s The Buffalo Soldiers and Elmore Leonard’s Hombre. I live in Brighton, England.